Contrary to what we’ve been traditionally taught, success and failure are not two intrinsic concepts that are forever meant to be diametrically opposed to one another. Success begets success, and failure begets success. As long as there is progress, one will continue to teach and build off the other, and over time both feed into the health of your desired goal. The only proverbial anti pathogen to the well-being of your potential is inaction, and yet that single noun is the embodiment of dozens of causes that are crippling to the psyche in nature. Inaction, right down to its core, is the antithesis of creativity and progress. So let’s cut the bullshit and get down to the point here – how do we fight it?

Structure is fundamental to the way we live life – we use it to refine, improve, and progress ourselves, and in return it helps give us a sense of purpose and ultimately defines our position in life. Our life’s structure is the amalgamation of our learned habits – from both our environment and our personality – from those we gain either positive or negative traits. We are integrated into this symbiotic relationship from all but the word go and it’s the key to how we live our lives as adults. In school you follow your teacher’s orders and are given set times to do certain tasks. Eventually the unfamiliar becomes familiar, apprehension turns to comfort, and order is once again achieved because you start to know what to expect with each passing day. After enough repetition, you pick up on this pattern of structured living and it becomes integrated as a part of who you are and how you define yourself – which, to be fair, makes absolutely no fucking difference whatsoever when you’re in Kindergarten. Knowing that snack time comes right before nap time is not particularly the kind of character trait we’re shooting for here, but it is still adorable. 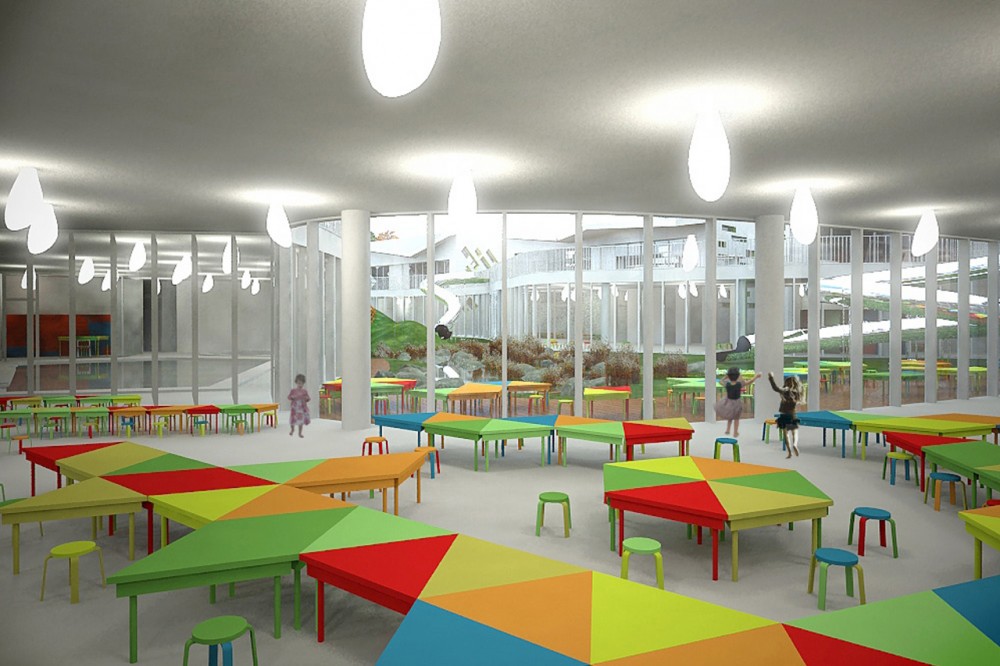 But this adopted lifestyle does remain a constant throughout in our young lives, from Kindergarten to High School. You’re taught discipline, attentiveness, and being punctual out of necessity for being able to stay in school. As you get older your structure starts to incorporate new things – the sports you play, your hobbies, your pasttimes, and the relationships you have. With college you branch out even more, and while it’s true you could just do nothing and flunk out if you were deadset on it, the reality is you have plenty of resources in the way of advisers, councilors, fraternities/sororities, etc. to give you direction and help you stay the course. Ideally you are given a choice in what order you want to complete your required core classes, and then from there you’re shown the classes you have to take to get your desired major/minor. All other variables aside, the path is relatively straightforward.

Though this academic process dumps us out in our early twenties, are we really taught structure? Sure, we’ve certainly picked it up through osmosis by now, we’re used to living alongside it, and most likely we’re used to taking it for granted; but do we really walk away with the knowledge of how to create structure from scratch, mold it as a tool to work for us independently?

For some people, getting their ideal job and obtaining their own personal career goal in life has a direct path that has been more or less laid out for decades. If you want to be a doctor – go to medical school; if you want to be a dentist – go to dentistry school; if you want to be an engineer – accept that you probably won’t have time for a girlfriend for the next four years. And there’s nothing wrong with that, and no one is undermining the incredibly difficult work it takes to get degrees in those fields. For others who have equally ambitious but perhaps more muddled paths to their goal – such as careers in the fine arts, film, animation, and acting – they suddenly find themselves in confusing new territory. Most young adults – even people in general – are dependent on the academic (and later transitioning to the corporate) structure to show them the next step to take or as a barometer to measure their progress.

Take away that structure, and it’s like you’ve yanked that carpet right out from underneath them. You might be surprised at how quickly a person can be at a complete loss as to what to do when the water wings suddenly come off. “Okay, welcome to the real world. You’re totally free. Now go do.“ For certain people there is no “I want to be a great jazz player” trade school to attend, so there is no clear-cut first step to take towards this goal. This road to success is littered with a lot of possible steps and a lot of maybes and more than its fair share of luck, so for many of you you will have to figure it out on your own.

Where the pitfall lies is that you find yourself treading water with a new structure – which has gone from “I will attend college for four years, get a business degree, use the college’s resources to land myself at an entry level job and start paying back my student loans” to “oh god oh god oh shit oh fuck i’m on my own”. Confused and treading water, your structure is now completely foreign to what you’ve been used to all of your life, and you instinctively seek to reestablish that sense of familiarity. From this, habits and patterns are born out of necessity to try and create a sense of order and control in this unfamiliar, new world. 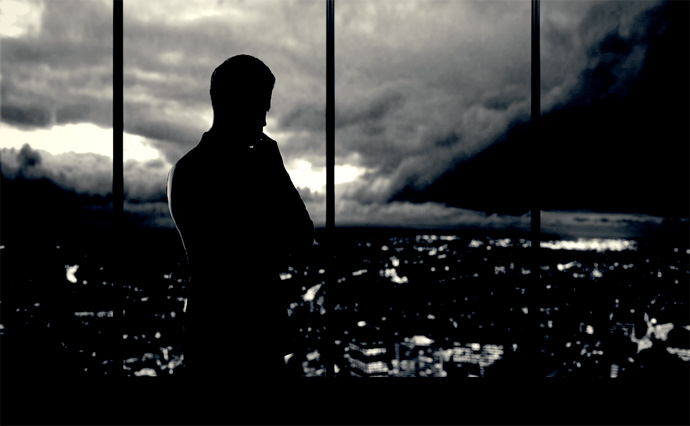 Unfortunately, these habits – while providing “safe” comfort and security – are often detrimental to the growing process of learning to create your own life structure as a tool, instead of hanging onto one you ran back to and refusing to let go out of fear of going out into the unknown again. This route often will result in little to no forward momentum towards the original goal and will instead lead to losing motivation, being lethargic, either being overly dependent or developing codependency issues (i.e. parents, relatives, or a partner), substance abuse issues, feeling “stuck” in a dead-end job, or staying in an unfulfilling relationship.We find ourselves falling into structured patterns that are convenient and available instead of learning to create them. Whether it’s just pressing one day at a time at a job we hate, escaping your problems through entertainment or drugs, staying with a partner out of convenience, or just flat out foregoing all responsibilities and living gluttonously – the root cause is all the same. We stay in that spot for reasons and excuses that we use to justify the unsatisfying life we’re living. We settle and continue the cycle (sometimes without even realizing it). Never settle. Never let your ambitions be controlled by fear.

It’s time for us  to break out of that. So, instead of latching onto the nearest floating remains of your old structure and hanging on for dear life, I invite you to try and swim. Odds are you’re probably going to sink a few times, and a few times more after that, but what’s the big deal? The water’s metaphorical here, you’ll be fine. The point is to start trying, but often times the hardest part is knowing how to get started. You’re beginning the process of reinventing yourself and that’s exactly what the Second Step is for – this next part is almost a “how-to”, if you will.

For the last two years I have been drowning in a perpetual state of inaction, and (unsurprisingly) I have been suffering the consequences and the staggering pain of that apathy first hand. If I had to describe it… it’s not really a particularly violent pain, but rather it’s a quiet numb that creeps over you. It’s so slow that by the time you realize what it is doing to you, you’ve already grown accustomed and – even worse – indifferent to its presence. You find you’ve grown too content with the secure (albeit frequently monotonous) lifestyle that lays sprawled out before you to even summon the willpower to break free from its influence. This is a threat that we combat every day, and every day it finds new and exciting ways to afflict us. Yet, there is no sudden stop on this slow spiral downward. There is no rock bottom with this particular vice – there is no point where you hit the ground so hard that you bounce back and begin to look at the road to recovery. There is no discernible moment where you wake up one morning and realize that you’ve lost it all, and there certainly isn’t a life-changing epiphany that follows soon after to swoop in and save you.

Maybe it’s because you never really “lose it all” so to speak… at least nothing that’s really physically quantifiable, I guess. It’s more like an idea, a kind of spark, or even a dream. Things of that nature are usually hard to measure, and harder still to notice when they’re dying behind-the-scenes. What I do know is that what you end up losing by indulging in this vice is far more valuable than money, pride, or the latest in luxurious French amenities. And make no mistake, to call it anything less than a vice is one of the most dangerous things a person could do. True, it may not have the therapeutic effects of tobacco or the artificial relief that comes from alcohol, but it’s just as deadly and much more deceiving. No, the weapon of choice here is subterfuge; it specializes in double-edged swords like comfort, familiarity, and a sense of commonality to hinder and stagnate rather than to empower and evolve.

Every day I am wracked with guilt and reminders of my own failings – it seldom takes more than a passing glance at my environment these days. My conscious keeps screaming at me to stop this self destructive behavior, to realize what I’m becoming and to fight it. But I don’t know how. I don’t know how. Admitting ignorance does little to bring me lasting relief – as if it would be so easy – and I can’t help but obsess relentlessly over the mystery. I know I am talented, why can’t I put my brush to the canvas? I know I can create, why can’t I put my pen to paper? I know I have a gift, why can’t I manifest it? I’ve stopped asking myself these kinds of questions lately; right now my mind is more focused on buying more time to be able to keep asking these questions for at least another year. I’ve got an entry level accounting job next summer that seems like the next logical step for me, yet I can’t help shake the distinct “I told you so” feeling that the path I’m walking today may have never really had my name on it to begin with. 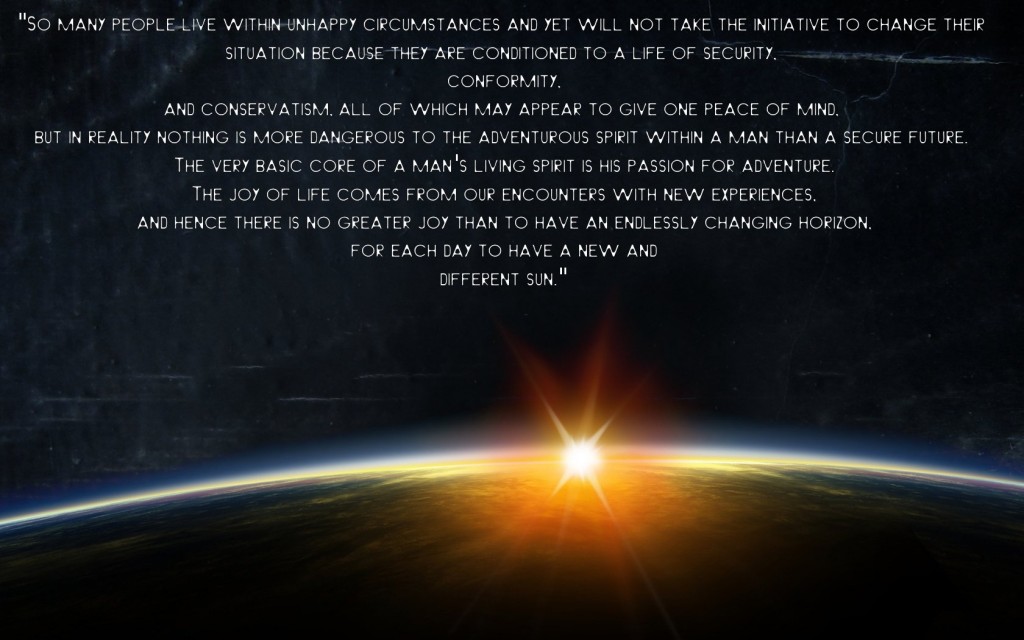 So I fight internally with this unconquerable, undefinable, debilitating adversary that seems to firmly anchor me to the ground. And the most stomach churning part of it all? Slowly, I can feel this burden get lighter and lighter the more time passes. My situation remains the same – my environment still stagnant – yet I find the weight on my shoulders is slowly decreasing over time, making it easier and easier to shrug them. And that realization is horrifying to me.

At least Icarus fell reaching out for the sun.